We were up and on the road before the sun was up. The plan was to be at God’s Window early and to capture the view during the golden hour of sunrise. Apparently that’s how landscape photographers create the magic, so we figured we’d give it our best shot. After all, today was all about the views… Oh man, if the locals could have seen us, I’m sure they would have been very amused. Everything was covered in thick mist and visibility could not have been more than twenty-five or thirty meters. On the up side, it made for some very moody shots of what is called the “Rain forest” on top of the mountain. 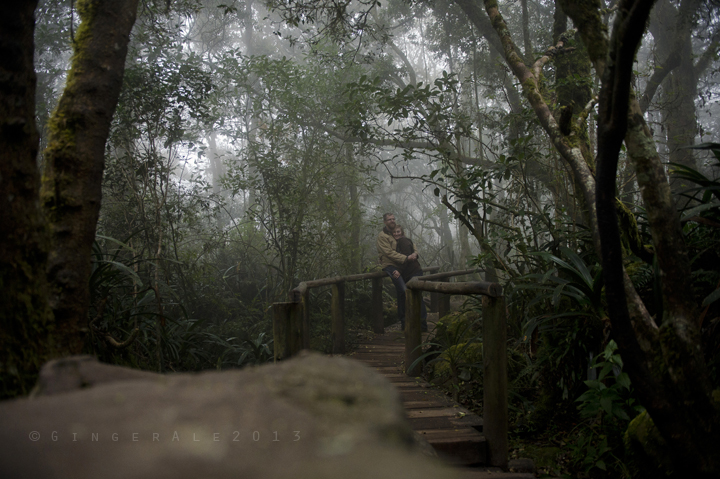 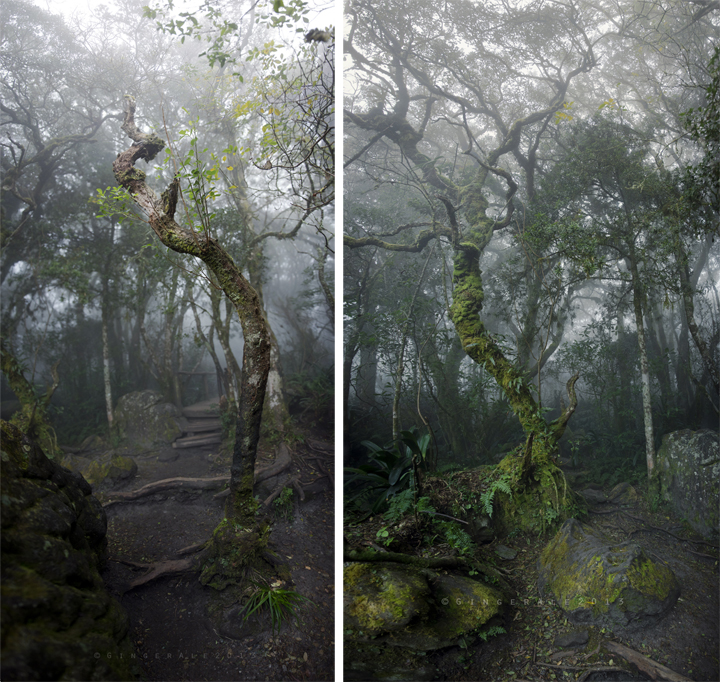 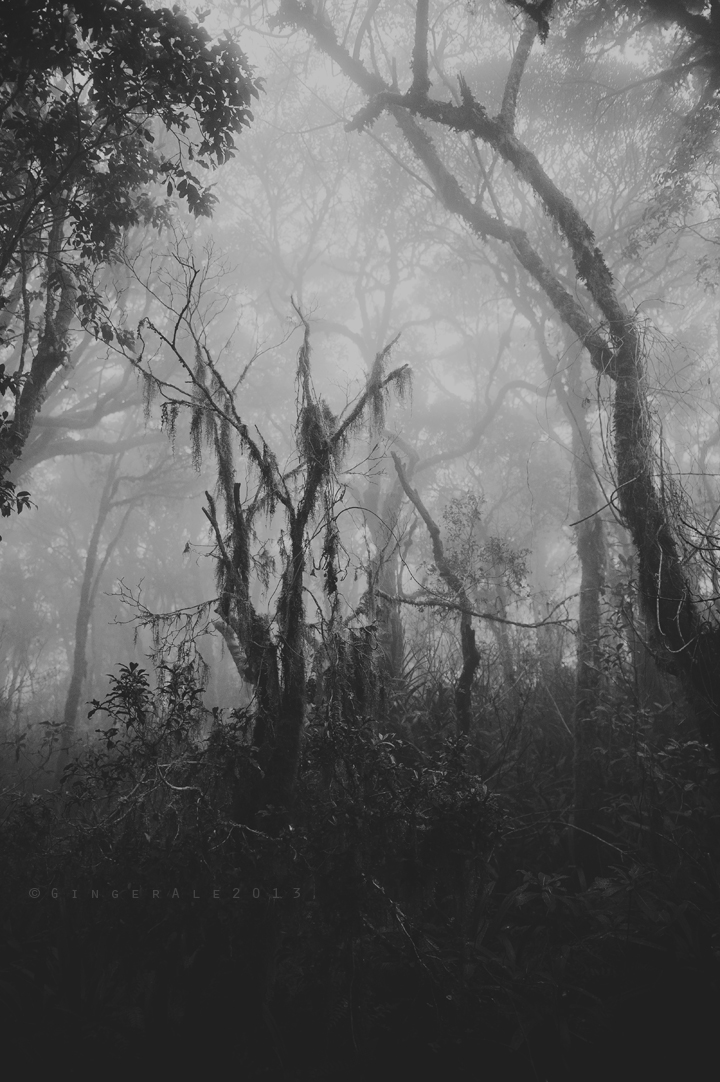 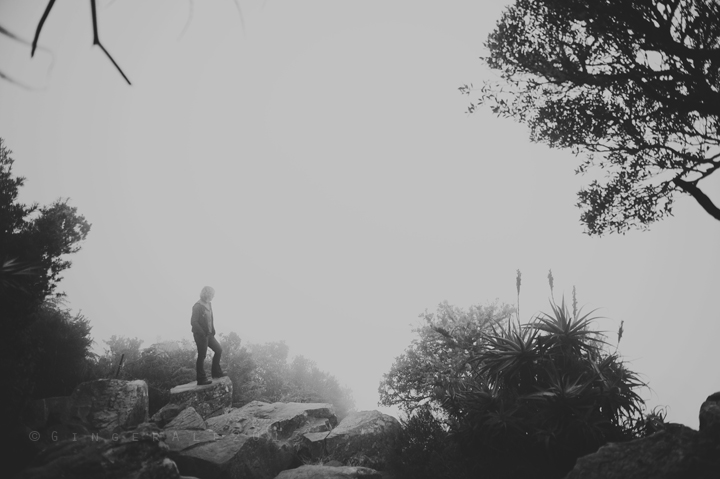 We decided to carry on with the journey and try God’s Window again later. Next we stopped by Bourke’s Luck to see the potholes. It’s a natural water feature situated at the confluence of the Treur and Blyde Rivers. A number of “potholes” have been beautifully eroded into the rocks by the plunging water. 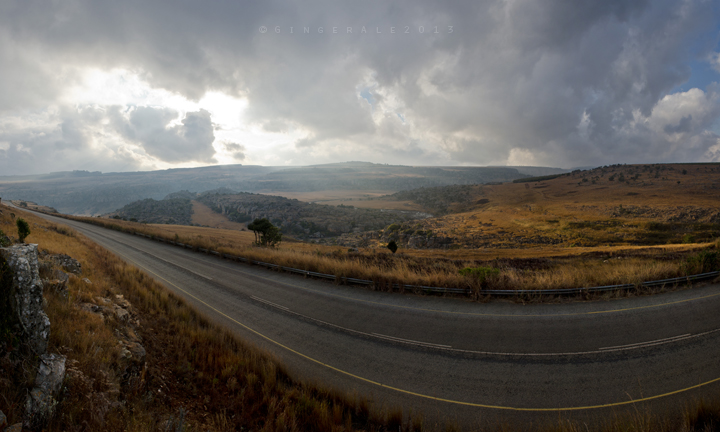 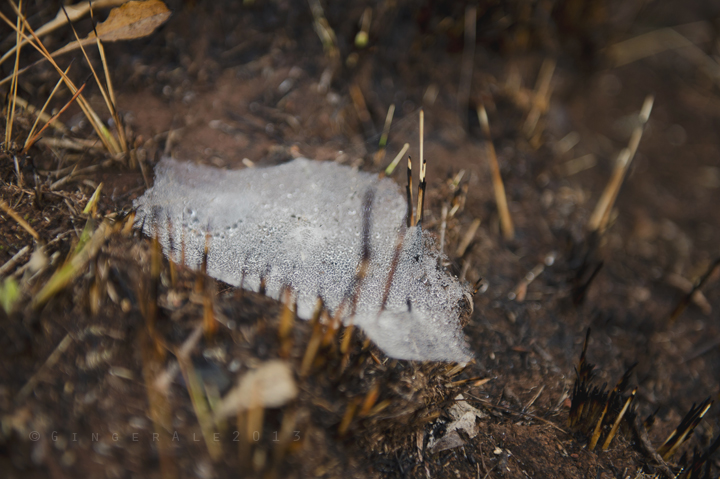 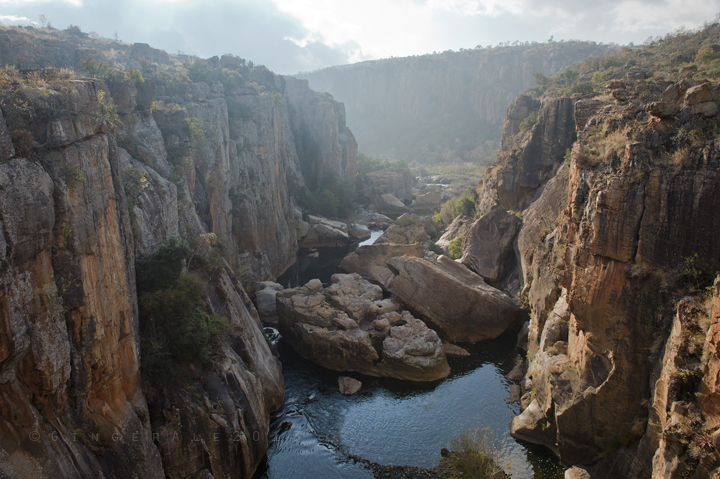 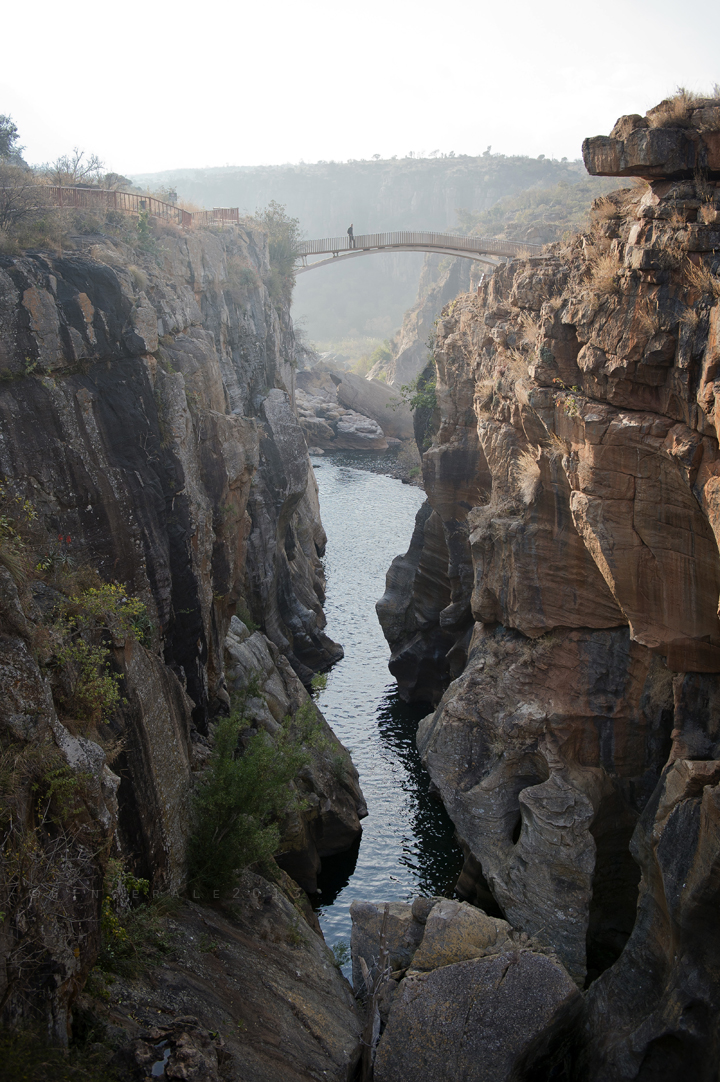 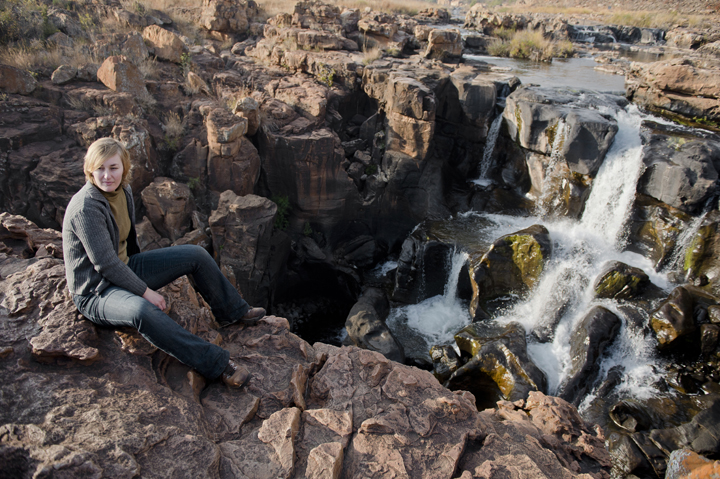 From there we went a little further north of the Blyde River Canyon Nature Reserve to the “Three Rondavels”. With the mist mostly lifted the view was quite spectacular. Spotted a group of young American tourists buying mementos from the locals. It was quite funny to see so many of these young  girls walking around in shorts in the ice cold wind! 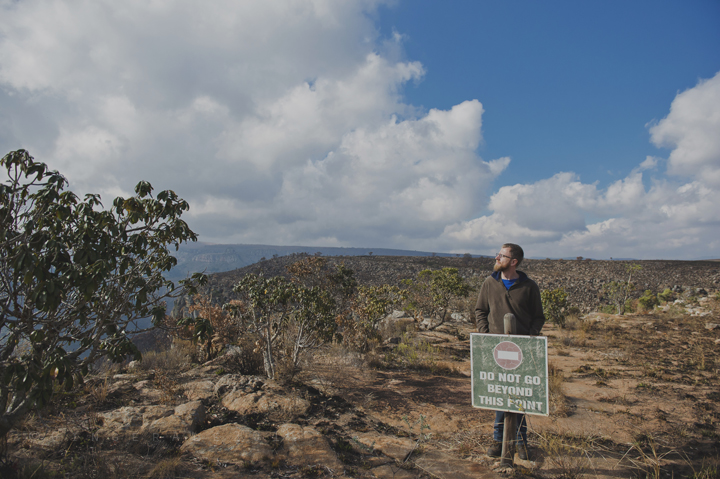 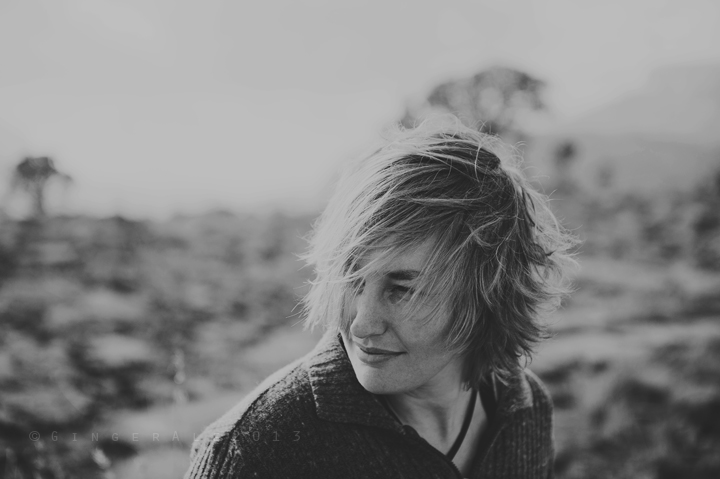 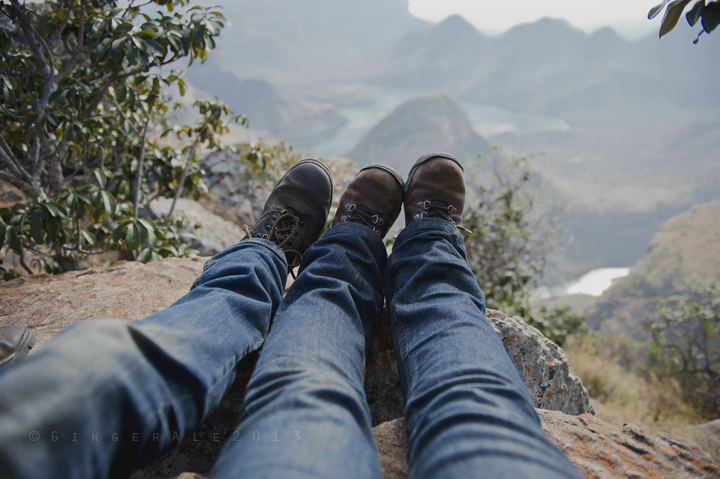 Our next stop was Echo Caves just outside of Ohrigstad. It’s listed as some of the oldest limestone caves in the world. Ilse kept falling behind because she was having so much fun shooting! We passed an old church-like building on our way back towards the main road and Ilse took some time chatting to the pastor and tour guide, Jeffrey. The business was given to him by the sculptor long ago and today, thirteen years later, he still tells his story with a huge smile on his face. 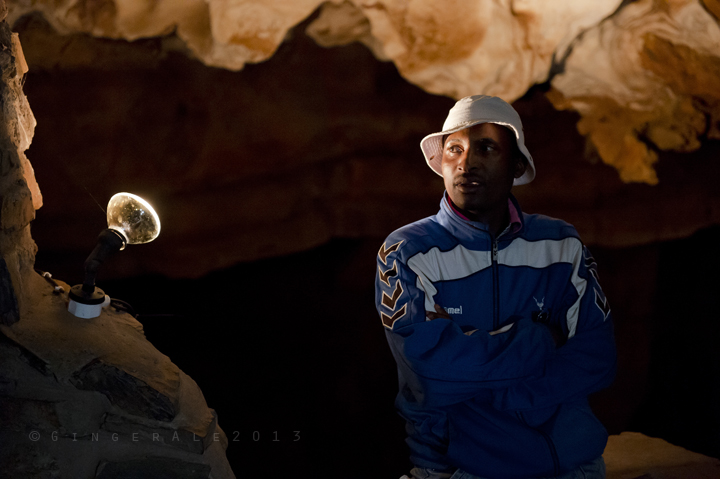 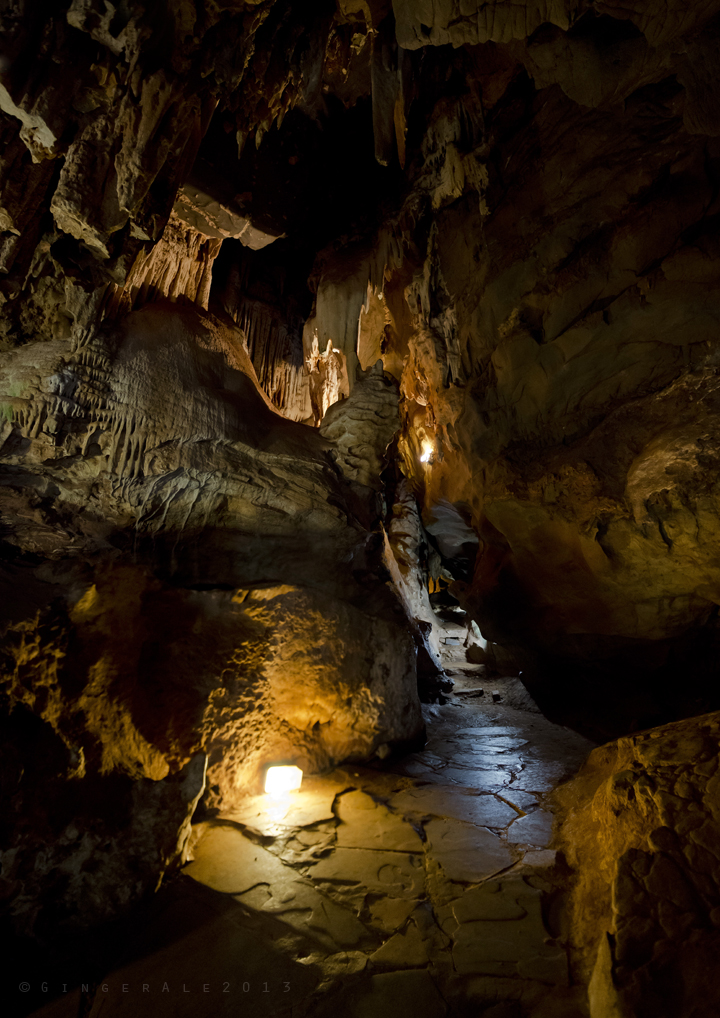 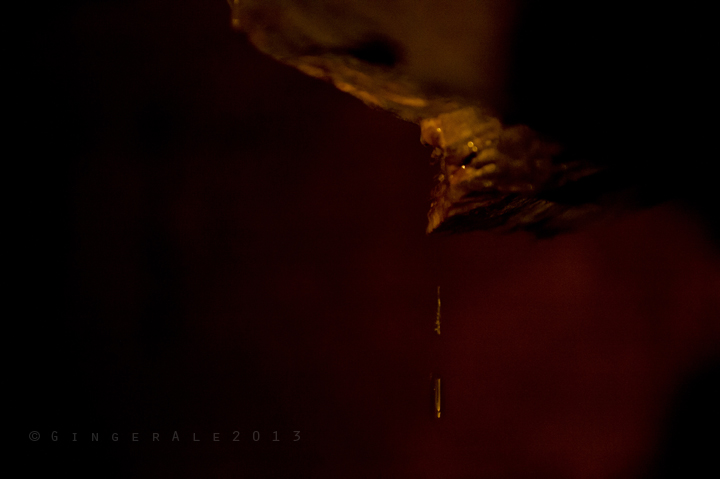 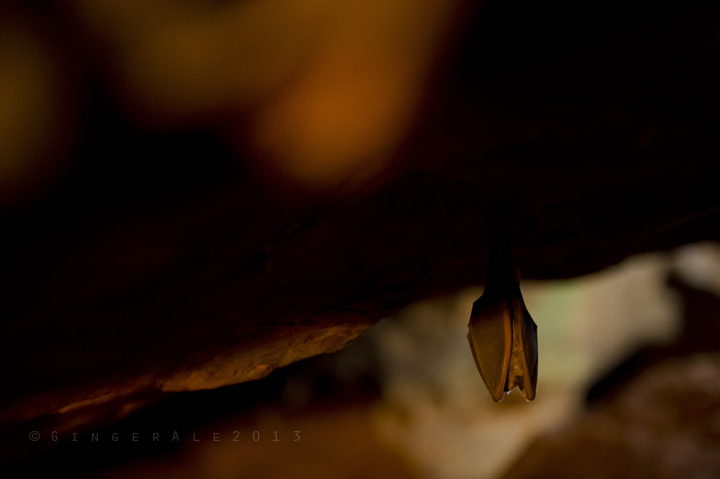 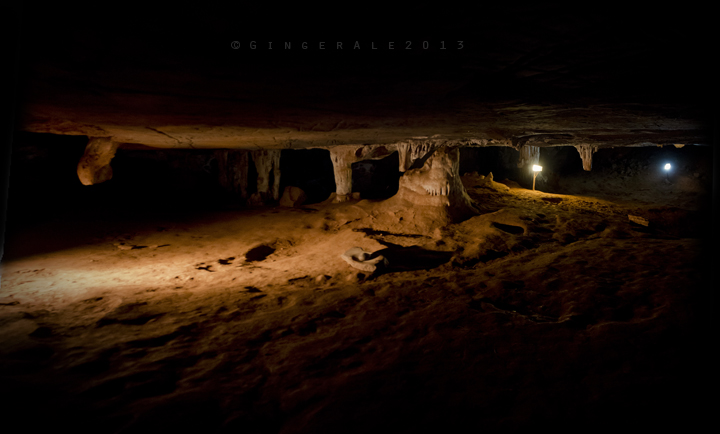 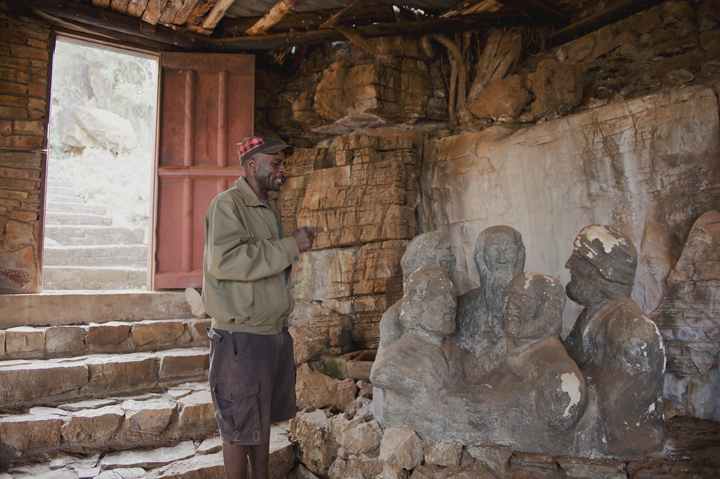 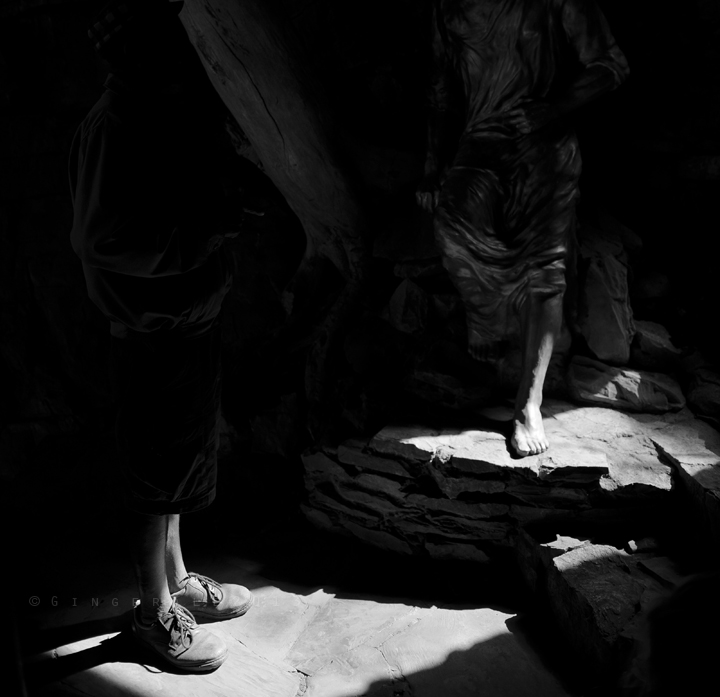 On our way back to Sabie we popped into God’s Window to try our luck again. We could at least experience the view of the lowveld expanse and escarpment forests, although the air was still very hazy.
The surprise of the day took place as we passed through Graskop. We missed our turn, but a sign saying “The big swing” caught our attention. This is claimed to be one of the highest cable gorge swings in the world. I wouldn’t know, but what I will say is that the 68 meter free-fall felt like it would never end… I honestly thought the rope was never going to catch me. After what felt like an eternity it eventually did, propelling me unceremoniously across the gorge. I must say, the experience is well worth the terror. 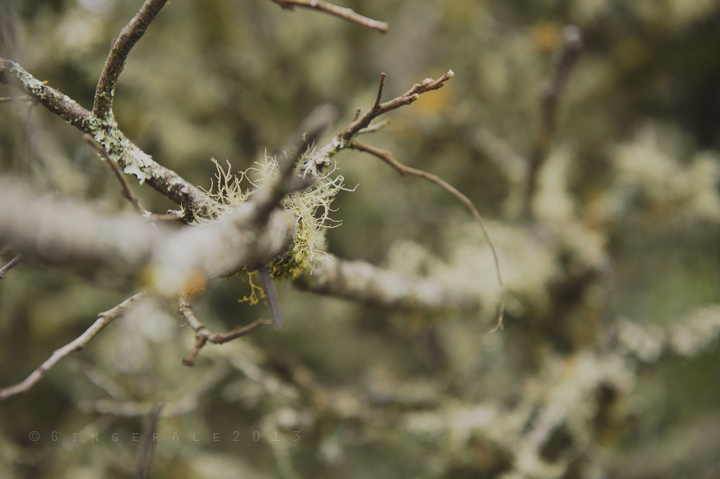 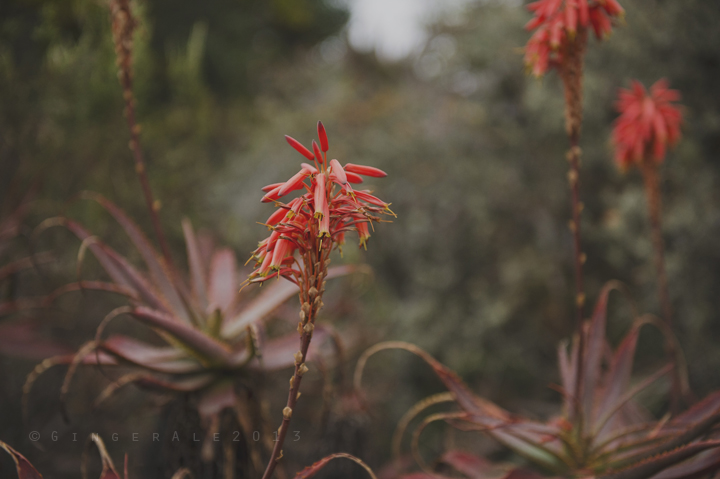 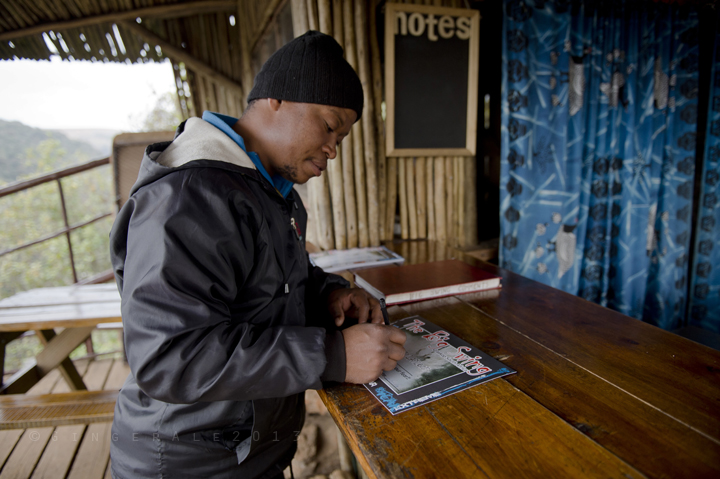 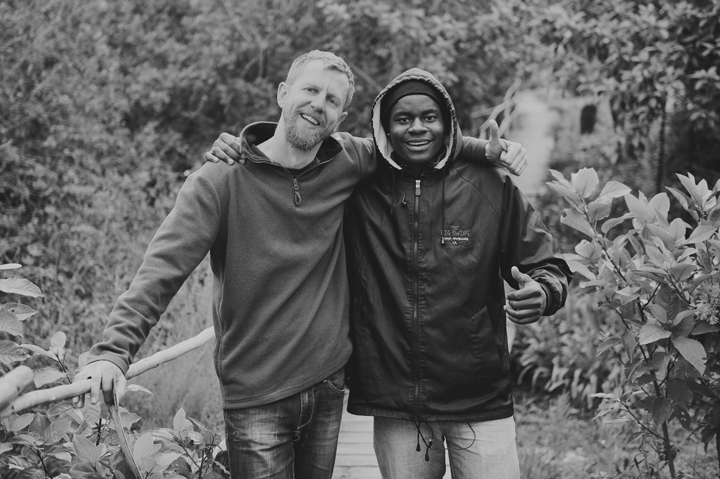